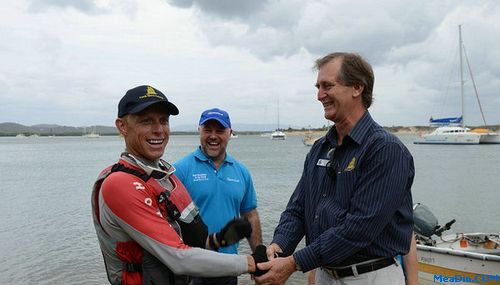 "We will continue to use this most popular instant communication interactive platform on Weibo to provide real-time, all-round Australian Queensland travel information to travel enthusiasts, and through active interaction with netizens, show that Queensland can bring visitors A unique travel experience!"

â€œAt the same time, we welcome more fans to follow the '@Queensland Tourism Bureau official Weibo' to learn about the different Queensland.â€

Ben Southall, the Queensland Tourism Bureau ambassador and former "best job in the world" recipient of the Great Barrier Reef Island, landed in Cook Town last week and was warmly welcomed by local residents. Ben departed on May 21st during the "Captain Cook's 1770 Festival" festival held in the town of 1770 in central Queensland. He spent more than 100 days at sea, visited 22 islands and 36 dive sites, and went ashore during the trip. More than 10 times, more than 40 videos and nearly 2,500 photos were uploaded. 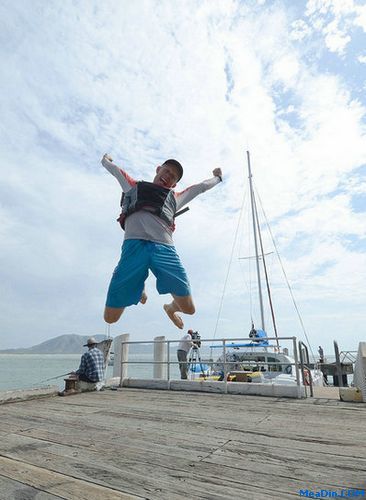 Throughout the journey, Ben shared his journey through the website and live tracking maps, regularly updated blogs, uploaded images and videos, and communicated with more than 50,000 fans via Twitter.

â€œThis Shaosorâ€™s journey has given people all over the world the opportunity to participate in a multi-level virtual tour of the Great Barrier Reef, which will attract more people to experience it personally.â€ Ms. Pan Wen said.

â€œThe official microblog of Queensland Tourism officially settled on Sina Weibo in July. In the two months since its opening, we have won more than 1,700 loyal fans all over the country. They all have a strong yearning and deep expectations for Queensland tourism. Frequently forwarding our Weibo content not only helps spread the information to more consumers, but they are also our important potential customers.

In conjunction with the â€œDifferent Journeyâ€ campaign, in order to thank the fans, Queensland Tourism has deliberately launched a network of â€œSmart Queensland Wonderful Journey - Go to Queensland to find the best of yourselfâ€ for fans who register for weekly Q&A They provided two awards for "The Seven-Day Double Queensland Wonderful Journey". The event officially ended last week, with about 700 fans participating in the answer. The first grand prize winner has been announced, and the second grand prize winner will also be released on Thursday (September 22). Both lucky winners can take a partner to Queensland to perform an extraordinary "different journey".

The Chinese market is Queensland's fourth largest source of international customers and the fastest growing market. The latest annual statistics as of June 2011 show that from June 2010 to June 2011, the number of Chinese tourists visiting Queensland reached 198,000, a year-on-year increase of 25%.

Discover where teaching abroad can take you. You dream job is out there, We're here to help you get it .