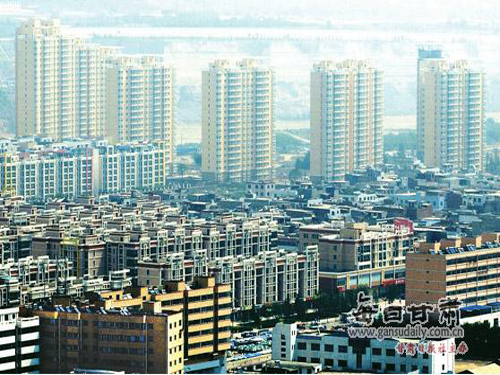 Since April 17, 2010, the State Council has issued the "Circular on Resolutely Curbing the Rapid Increase in House Prices in Some Cities", and the wheel of time has passed one year. In the past year, various departments of the government jointly issued licenses, aiming to thoroughly curb the excessive increase in house prices through a series of related regulatory policies, and ensure the living conditions of urban residents. The continuity and strictness of the policies have all won. Past.

The initial effect of the control policy, housing prices have temporarily been suppressed Since the introduction of the "National Ten Articles," prices in most cities across the country have risen steadily, and the real estate market gains have been effectively curbed. The reason for this is that a large part of the rise in housing prices stems from the promotion of land costs and the drive for speculative demand for investment in buildings. The scarcity of land resources itself has made the competition among developers extremely fierce, which has pushed up the price of land, and the land cost constitutes the main cost of real estate development and plays a decisive role in the rise of house prices. In the eyes of investors, the real estate market has the characteristics of small investment risk and strong market demand. Compared with other investment methods, entering the real estate market can earn more red gold.

Throughout these three rounds of real estate regulation and control policies, we first resolutely restrained the demand for unreasonable housing. Through differentiated credit policies and restrictions on purchases, we have fully curbed the market's investment demand for buildings. From the "National Tenth" to the "New Country Eight," households that have purchased loans for the second home have increased the down payment ratio from 50% to 60%. At the same time, the Central Bank of China has stabilized the prices and has repeatedly raised the interest rate on loans, which has increased investment costs to some extent. Second, increase the effective supply of housing and rationally guide housing demand. The "National Ten Articles" clearly stipulates the structure of housing supply: affordable housing, shanty towns and small and medium-sized condominiums are no less than 70% of the total supply of housing construction land; ensuring that 3 million affordable housing will be built in 2010. Sets, various types of shanty towns to transform the 2.8 million sets of housing. As of the end of 2010, 5.8 million sets of affordable housing completed the task of full-scale construction. If such a large amount of affordable housing supply can be put into the market as planned, it will effectively alleviate the problem of insufficient supply in the urban real estate market. Third, strengthen land management and increase the supply of affordable housing. In the past year, the state increased its special rectification and clean-up efforts, investigated and dealt with land idleness and speculation, and in 2010, 67.9% of the nationâ€™s total housing supply was completed. In the first quarter of 2011, the floor price of 120 cities in the country was 1,225 yuan per square meter, which was 15% lower than the previous month and 14% year-on-year. The competition in the land market had moderated, which is good news for curbing the rise in housing prices.

According to statistics, the year-on-year increase in the sales prices of housing and newly-built commercial housing in 70 large and medium-sized cities in 2010 showed an upward trend, followed by a downward trend, reaching the highest point in April and falling back to around 8% at the end of the year. The average annual price of housing sales rose 13.67%, far below the 25% in the same period in 2009. The latest statistical release of the 70 cities in March showed that the chain sales index has stabilized since March 2011. Apart from the decline in a few cities, Beijing and other first-tier cities were basically the same as the previous month.

The market has a strong wait-and-see atmosphere. Since the price increase and price reduction games have continued to make the real estate market-oriented, the rate of increase in house prices has exceeded the expectations of ordinary residents. Although as early as 2006 when the real estate industry implemented a control policy, but soon there has been a rebound, in addition to the global financial crisis in 2008, house prices have a temporary stagnation, 2009, "Little Spring" or let real estate The market once again received a lot of attention.

Judging from the current state, the source of the wait-and-see is from the continuous infiltration of regulatory policies, the questioning of developers' capital chains and the adjustment of affordable housing to the overall housing supply structure.

With the gradual deepening and infiltration of regulatory policies, real estate market transactions often appear to have a â€œprice-free marketâ€ situation. The transaction volume of high-end price-occupied residential buildings has dropped significantly, the supply of low-end and mid-end residential units has increased, and the sales prices of most cities have increased. The downward trend is clear, and consumers believe there is still room for housing prices to continue to fall.

On April 13, the executive meeting of the State Council pointed out that the shrinking transaction volume in the real estate market and the fact that housing prices in most cities are still rising have given greater pressures for macroeconomic regulation. Therefore, it is necessary to â€œkeep the direction of regulation and control unrelenting, and control efforts should not be relaxed,â€ and strictly control speculative investment. The demand for property purchases, efforts to increase market supply, stabilize market expectations, and control house prices at a reasonable level."

On April 20th, the inspection team of the State Council concluded the investigation of the implementation of real estate policies in 16 provinces and cities across the country. The result was â€œseveral happy familiesâ€, and most of the provinceâ€™s regulatory efforts were in line with national macroeconomic policies. However, various problems in the regulation of real estate in some places have still been discovered.

Macro-control is a systematic project. This "combination boxing" is not only to adjust the market supply and demand contradiction in the short-term, but more importantly, the supporting system in the latter period can guarantee the result of "secondary rebound" in the results of the control measures. Therefore, on the one hand, it is necessary to ensure that the implementation of the policy is in place quickly and that the objectives of policy formulation are achieved. On the one hand, it is necessary to combine specific facts with different localities, adjust the local conditions, formulate an institutional system that conforms to the laws of local economic development, and can promote the sound and rapid development of the local economy.