In order to seize the opportunity of bridgehead construction and better develop Yunnan tourism, on the afternoon of December 15, 2011, Yunnan Tourism Bureau held the â€œYunnan Tourism Marketing Seminar in the Background of Bridgehead Constructionâ€ at Beijing Century Golden Resources Hotel.

Yunnan has always been a tourist attraction in people's hearts. People kindly call him "the south of the clouds", the pure Jade Dragon Snow Mountain, the green Lijiang River, the ancient Lijiang Ancient City... This is deeply impressed by the hearts of the people. In order to seize the opportunity of bridgehead construction and better develop Yunnan tourism, on the afternoon of December 15, 2011, Yunnan Tourism Bureau held the â€œYunnan Tourism Marketing Seminar in the Background of Bridgehead Constructionâ€ at Beijing Century Golden Resources Hotel. Including the leaders of Yunnan Tourism Bureau, experts and scholars in China's tourism field and more than 30 Chinese core media participated in the seminar.

"Bridgehead" into a hot word in Yunnan

In July 2009, when General Secretary Hu visited Yunnan, he pointed out that Yunnan should "expand the breadth and depth of opening up to the outside world, promote foreign trade, use foreign capital, and go abroad. In particular, Yunnan should be given full play to China as an important land in Southeast Asia and South Asia. The advantages of the upper channel, deepen exchanges and cooperation with Southeast Asia, South Asia and the Greater Mekong Sub-region, and constantly improve the quality and level of opening along the border, making Yunnan an important 'bridgehead' for China's opening to the southwest." The Secretary-General's speech will be "Yunnan for the first time." It has become an important 'bridgehead' open to the southwest of China, and it has been put on the agenda as a national strategy.

At the meeting, He Chikang, deputy director of the Yunnan Provincial Tourism Bureau, said: "The construction of the entire bridgehead is actually a concept open to Southeast Asia, South Asia, West Asia, North Africa and East Africa. It is a key step for us to go out of the Pacific Ocean and head to the Indian Ocean. What role can the industry play in the end? I feel that the tourism industry will play a leading role in the process of opening up and going out. 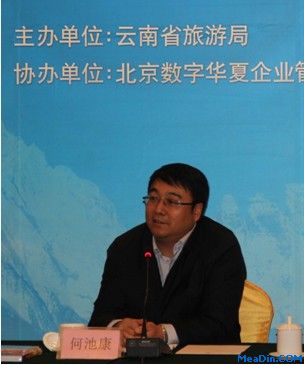 Subsequently, Director Zhang Guangrui of the Economic Research Center of the Chinese Academy of Social Sciences also said: "The proposal, background and development of the central government's strategy, especially for the operation of the Yunnan provincial government and the provincial party committee, are indeed not the same as before. Now it has reached the '12 In the first year of the five-planning, many things have been arranged in the past. In the background of the construction of the bridgehead, Yunnan tourism does face the same situation as the previous ones, because many of the previous ones are a planning thing, this time we do It feels like a strategic issue."

Under the background of the construction of the bridgehead, it will effectively promote the further advancement of the strategy of opening the border along the border. Yunnan is one of the provinces with many neighboring countries, long borders and a vast market. Since the reform and opening up, Yunnan has actively participated in regional economic cooperation and established mutually trusting cooperative relations with neighboring countries. The roads, railways, air transportation channels and information network skeletons leading to Southeast Asia and South Asian countries have basically taken shape. This will not only directly drive the opening of the western region, but also through the practice of Yunnan, it can carry out pilots and explore ways to provide useful experience for the in-depth development of the country along the border.

Yunnan New Tourism Marketing under the Construction of Qiaotou Fort

On May 6, 2011, the State Council officially put forward the "Opinions on Supporting Yunnan Province to Accelerate the Construction of an Important Bridgehead Facing the Southwest." This is due to the tortuous development of economic globalization, the deepening of international regional economic cooperation, and the further in-depth implementation of the development of the western region. Under the new situation, it is of great significance to grasp the major historical opportunities and accelerate the construction of Yunnan Province. It will promote the sound and rapid development of Yunnan's economy and society, and realize the common prosperity of all ethnic groups and the harmony and stability of the frontiers.

The construction of Qiaotoubao pointed out that it is a big and strong advantage industry. As one of Yunnan's advantageous industries in Yunnan Province, tourism will become the leading industry supported by the province. With the advancement of the bridgehead construction, Yunnan's tourism industry will be expected to obtain better development opportunities by relying on the construction of the bridgehead. However, due to the poor influence of various factors, the immaturity of Yunnan's tourism industry has led to the deepening of certain deep-seated problems in the development process. Yunnan tourism urgently needs a new element to promote the good development under the background of bridgehead construction. 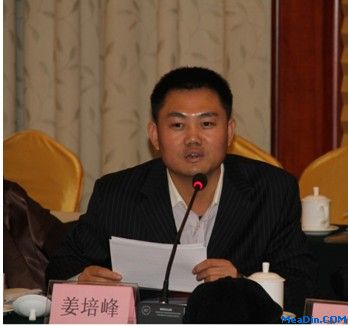 Has been committed to network marketing, has served for the Hangzhou Economic Development Zone, Qingdao Laoshan District Government, Ningxiang County Government and other government departments of the digital Huaxia brand communication agency chief analyst Mr. Jiang Peifeng, analysis pointed out that the bridge in the background of Yunnan construction The key to tourism is to find the right position. The audience is the main one. To understand who to say, it is the new era of Microsoft's briskness. After 80s and 90s, it will be the main tourist group in the future. So for the younger generation, Yunnan tourism needs Internet marketing to promote. Under the promotion of various network marketing methods, Yunnan tourism will receive different development effects.

Where the road is diversified is the key

Yunnan put forward the strategic goal of "two strong and one fort". The construction of the bridgehead will undoubtedly open up new space for the development of Yunnan culture, provide new enlightenment and put forward new requirements. How to build a strong national culture and seize new opportunities to promote its faster development? The experts from the conference expressed their opinions and discussed each other at the seminar. They published their own unique insights. To sum up, the key to their development lies in the implementation of the policy. Diversification".

Based on the advantages, deep excavation. Since ancient times, the scenery in Yunnan has been beautiful. Promote the development of tourism by leaps and bounds. Make full use of and explore Yunnan's natural, historical and cultural resources, and enrich the cultural connotation with culture to promote the integration of culture and tourism. Yunnan has built a first-class, internationally renowned tourist destination in China. It forms the Kunming International Tourism and Leisure Zone in Suizhong, the Shangri-La Eco-tourism Area in Northwest Yunnan, the Greater Mekong River Tourist Area in the southwest of Guizhou, the volcanic hot sea cultural tourism area in the west of Fujian, the southeastern karst, the Hani terraced rice field, the ethnic minority characteristic villages and other landscape culture tourist areas and Northeast ecological and historical cultural tourist area.

Improve the internal and external economy and attract investment. In-depth development of tourism economic cooperation within and outside the region. Actively guide central enterprises and foreign companies to invest in Yunnan. Promote the comprehensive development and construction of characteristic diverse tourism and culture, and do a good job in coordination of major project construction. Further expand the field of tourism cooperation and enhance the cooperation relationship between the outside world and Yunnan Province. Strengthen the cooperation between Yunnan Province and other western provinces (autonomous regions and municipalities), and focus on improving the railway, aviation and inland water transport conditions to promote the opening of the southwest region to Southeast Asia and South Asia.

With the completion of the China-ASEAN Free Trade Area, Yunnan has a strong geographical advantage and resource advantage, and it has moved from the end to the forefront. Tourism has become an important engine for the economic development of China-ASEAN. Under the â€œbridgeheadâ€ strategy, Yunnan tourism played the strongest sound of development. He Chikang, deputy director of the Yunnan Provincial Tourism Administration, said: "Through the construction of the bridgehead, Yunnan's tourism industry must seize such opportunities to meet such big challenges and promote the sound and rapid development of the tourism industry."