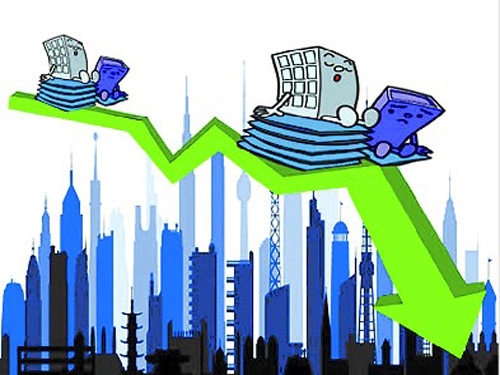 As the market generally expects the CPI to reach new heights in June, raising interest rates is conducive to managing inflation expectations, and it also releases the signal that the central bank, which is still the primary target of macroeconomic policy, has finally triggered the rate hike.

The interest rate hike is conducive to managing inflation expectations, correcting the negative interest rate status, and alleviating the financing difficulties of SMEs. In the general expectation that the CPI will reach a record high in June, raising interest rates will help manage inflation expectations and release inflation. "The signal of the primary goal of the policy," said Ba Shusong, deputy director of the Institute of Finance at the State Council Development Research Center and chief economist of the China Banking Association.

Increasing interest rates will help narrow the gap between the official interest rate and the market interest rate. The central bank had previously regulated the use of quantitative tools such as the deposit reserve ratio. The tightening of the amount of funds has spurred an increase in the price of capital in an endogenous manner. Interest rate increases are also in line with the changing trend of market interest rates.

Raising interest rates is also conducive to ease the financing of SMEs. Although the liquidity is relatively abundant in terms of total amount, the distribution of capital between large enterprises and small and medium-sized enterprises is not uniform. When monetary policy mainly uses quantitative tools rather than price-based tools, large companies that have the ability to obtain financial resources can gain more shares in a limited amount of credit, further squeezing the capital space for SMEs. â€œRising interest rates can curb the capital requirements of large companies, thereby squeezing out some of the credit, expanding the credit supply to SMEs, and alleviating their financing pressure,â€ Ba Shusong said. â€œIn this sense, raising interest rates is more conducive to SMEs. , raising the deposit reserve ratio is more conducive to large enterprises."

From now on, the price situation in June and July has been basically clear. The recent anti-season increase in pork prices has become the main driving force for price rises; the sharp drought and drought in the south and the reduction in vegetable production have curtailed the downward trend in vegetable prices; plus the impact of carryover on June is 3.8 percentage points. The highest in the year, these factors lead to a new record of CPI in June. â€œWe expect the CPI to reach 6.2% in June. In July, although the decline in international commodity prices could offset some of the upward pressure on prices, due to the upward trend in pork prices, the CPI is expected to be as high as 6%,â€ said Baxon. .

Experts believe that the growth rate of GDP from the first quarter of 2010 to the first quarter of 2011 was 11.9%, 10.3%, 9.6%, 9.8%, and 9.7%, respectively, showing a moderate downward trend. Under this circumstance, the choice was to see the price situation clearly. The subsequent interest rate increase reflects the central bank's handling of the relationship between maintaining a stable and rapid economic development, adjusting the economic structure, and managing inflation expectations, and repeatedly weighing and carefully using price-based tools. The rate hike on the eve of the release of CPI data in early July also shows that inflationary pressures will remain high in June and July.

Lian Ping believes that in the second half of the year, with the price of agricultural products, economic growth, monetary and credit adjustments, price increases will be lack of power, coupled with the weakening of the tail-tail effect, CPI will enter a downward trend, may fall back to about 4% at the end of the year; On the other hand, the economic growth rate has declined and the foreign exchange inflow has not diminished. All these factors have determined that the necessity of raising interest rates in the second half of the year has been greatly reduced.

He said that to analyze the room for raising interest rates, we may compare the current situation with that of 2007. â€œIn 2007, Chinaâ€™s economic growth rate was as high as 14.3%, the highest CPI month exceeded 8%, and housing prices soared. The stock market hit a historical record of 6,124 points. By contrast, various economic indicators are now lower than in 2007. In 2007, The benchmark deposit interest rate is added to 4.14% at the highest, and now it has reached 3.5%. How many additional interest rates can be added?â€

The reporter noted that the recently held press release of the second quarter regular meeting of the Central Bankâ€™s Monetary Policy Committee has increased the words â€œto grasp the rhythm and intensity of policyâ€ compared with the previous two regular meeting press releases. â€œI understand that this formulation means that the pace of monetary policy should be slowed down and its intensity should be weakened, which means that the monetary policy may be fine-tuned in the second half of the year, and the possibility of raising interest rates may be lessened,â€ Lian Ping said.

However, Ba Shusong believes that in the second half of the year, CPI will also consolidate at a high level for some time, and will remain at 5% or more in the third quarter. "In order to correct negative interest rates and consolidate the results of suppressing inflation, the central bank may raise interest rates 1 to 2 times in the future."

From the last few interest rate increases since last year, both the mid-term and short-term trends in the stock market have risen and fell, showing no obvious correlation with the rate hike.

Market analysts analyzed that various information released since June showed that the pessimism in the stock market is easing and confidence has been gradually restored. Looking at various factors, the â€œrainy weatherâ€ of the stock market in the past few months has passed.

Liu Xianjun, chief strategic analyst at CSC, believes that raising interest rates is not terrible, and the impact on the short-to-medium term market is mainly based on the expectation that the central bank will continue to raise interest rates.

Judging from the current domestic economic situation, the shortage of funds and the surplus of funds coexist in different industries and enterprises. Therefore, in the coming period, the major adjustment of the directionality of monetary policy is unlikely, and it is more reflected in structural fine-tuning. . In the current market, there is a high demand for a shift in monetary policy, and investors should have reasonable expectations.

Pessimistic investors think that the current situation does not have the basis for getting out of the continuing market. In the second half of the year, despite the possibility of a high CPI retreat, it will still hover at a certain high level. The situation of negative interest rates will still be maintained and the pressure on the stock market will not be fundamentally reversed. The factors that caused the market downturn in the previous period have not been completely eliminated, so we should not be too optimistic about the future trend of the stock market.

As for the current property market, which has a sluggish housing price and apparently loosened housing prices, the superposition effect of interest rate increases and control policies will further show its power. Under strict restrictions on purchases, the main reasons behind the current support for homebuyers to purchase in the market are inflation and money supply, and lack of better investment channels. The central bank's second-quarter depositor survey showed that 22.2% of the residents who chose â€œreal estate investmentâ€ in the investment direction survey were still the first choice for residentsâ€™ investment. The increase in interest rates will significantly increase the cost of real estate investment, and further increase the difficulty of loans, thereby further suppressing investment demand.

In general, the interest rate hike will be more obvious in the suppression of the demand for housing. With the current market downturn, the decline in house prices will become more apparent.

According to bank regulations, most of the impact of the interest rate hike on stocks in 2011 will begin to appear in 2012. The â€œsitting slaveâ€ wants to reduce interest expenses. The simplest and most stable way is to repay the loan in advance and return the principal as soon as possible.

However, experts believe that early repayment should consider multiple factors, such as not being good at investing in other channels, the monthly repayment pressure is greater, there is no large expenditure in the past year, etc. In this case, the remaining money in the hand is not as early repayment. In particular, if the interest rate increase leads to a loan repayment exceeding 30% of the monthly income, and you have spare cash in your hands, consider repaying the loan in advance.